e) The sheet flowing down in front of Satan becomes the long neck of Alien Monster IV.

f) The zigzagging tip of the tentacle to the bottom right of Delville's creature also shows as a motif in Idol of Perversity snaking between the woman's breasts, Giger transplants to the top left of his Alien Monster IV. 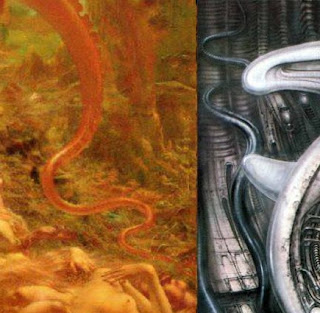