Raised by wolves: The birthing helmet

leading from
Raised by Wolves - the TV series 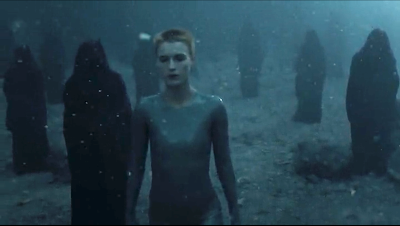 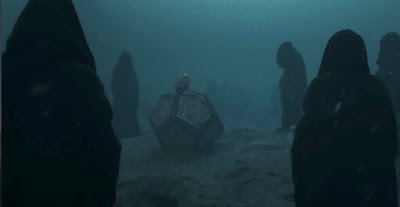 a) Mysterious vision
a.i) A mysterious card
In episode nine of season one, Mother when she holds a mysterious metal card that has been discovered left outside. She scans it, brings about a vision where she seas Mother has a vision in which she enters a misty landscape where it looks as if some sort of ritual is taking place
a.ii) Dodecahedron with a curious head sticking out
She sees a curiously non human head of character sitting in a dodecahedron up to its own neck nodding away surrounded by people in dark robes and from its mouth area it's spewing white fluid.
a.iii) What is it supposed to be?
I wondered if it were an extra terrestrial with a pilot's helmet on in its death throws while being put to death by the mysterious robed figures 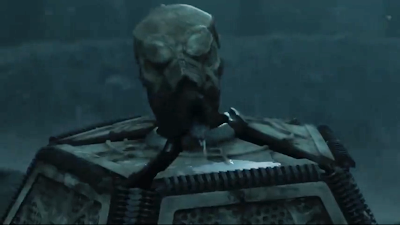 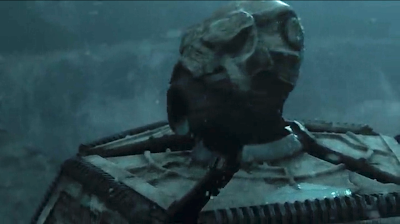 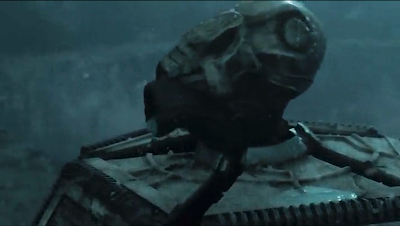 b) Discovery of an ancient helmet

In episode ten which is the final of season one,

Mother discovers a look at the polygonal structure which discovers in a natural courtyard amongs the rocks, she takes off the blanket and sniffs around the strange structure that resembles some sort of torture machine.

She uncovers a curious helmet on the floor that is the one we've seen in the visions nodding away poking out of the top of the dodecahedron and inside discovers corroded humanoid android head inside that's been there for thousands of years.

It might bring fans of Ridley Scott's Prometheus to wonder if this is something related to the Engineer's helmets of that film.

It's too small to be that of an Engineers, but it might count as a bleedthrough of ideas as if the people in the production might have been talking about these things, but still it's different

We find out that it doesn't seem to be a helmet for an seemingly alien space pilot at all. 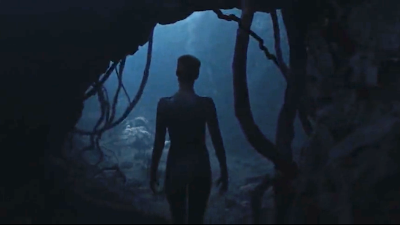 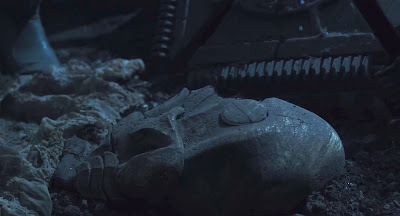 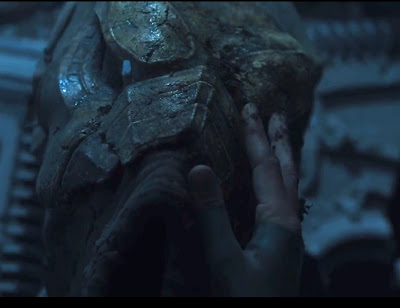 c) Humanoid android inside a birthing helmet
c.i) It's usage

The writer Aaron Guzkowski informs us of the helmet's purpose.

It was some kind of birthing helmet which was something that goes over the androids head and they are forced to wear it while their bodies were imprisoned in this polygonal birthing cage or prison as they gave birth to these giant serpents.
c.ii) Fluid pouring out the front
The fuel blood would start gushing out through the nozzle shaped around the head where the mouth is and out through the nozzle is birthed the serpent.
c.iii) Foreshadowing Mother giving brirth

The vision that she had when she scanned the card returns and it appears to be presented as a kind of foreshadowing of what's about to happen to the character Mother, but she can't quite put it together until the very last moment when it's too late.

Mother drops the head before she begins to convulse before entering labour giving birth through her mouth to a flying serpent, although she didn't need such a helmet or polygonal pod herself 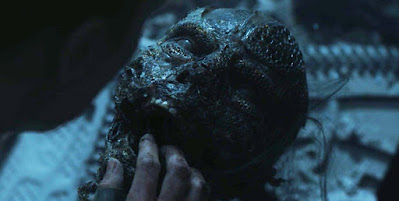