a) Glimpses from comic book from what has been discovered to be DC Thomson's "Starblazer, Space Fiction Adventures"  with a story about a space graveyard stuck beyond a black hole drawn around the late 1970s. Dead bodies of aliens can be seen through openings of ancient wrecks. Illustrated by Argentine artist Enrique "Quique" Alcatena when he was 21, he was completely taken by Giger's Alien designs. So the other question is, which story was it? (thanks to Germanico Laposse for tracking down the source) 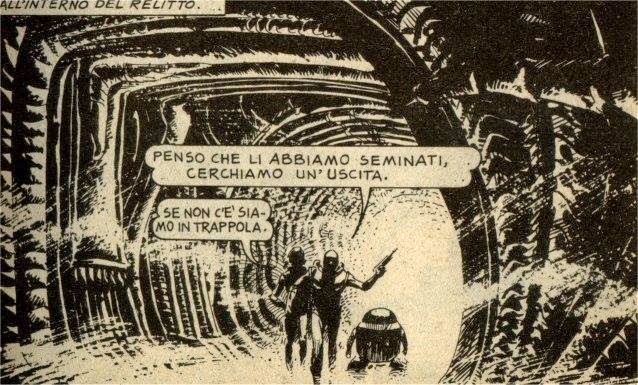 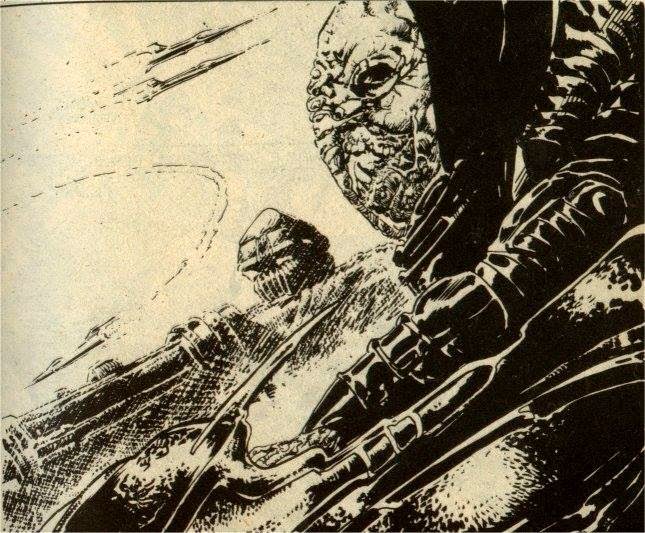 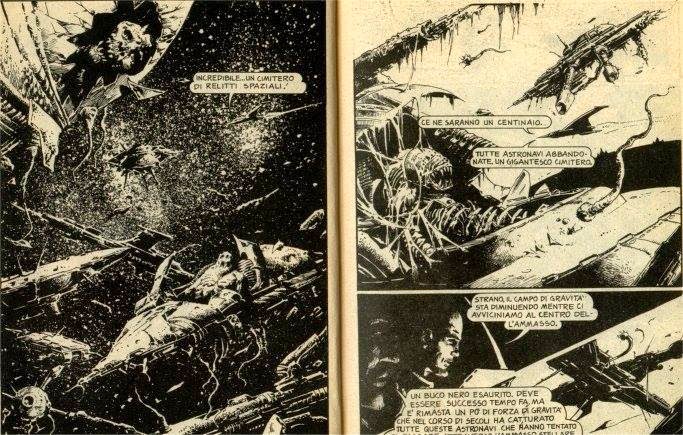 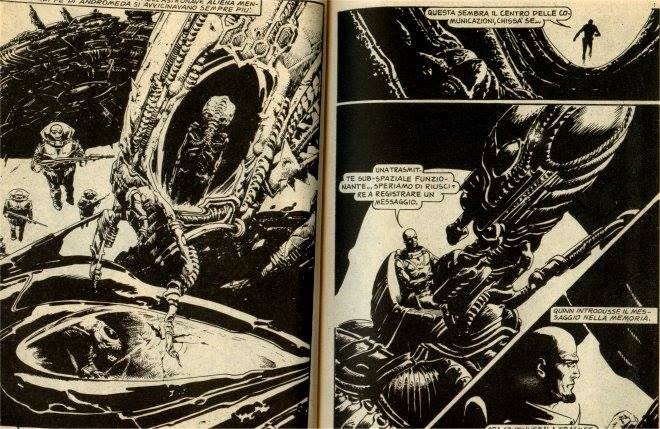