leading from
Established Mythology behind the tomb lid 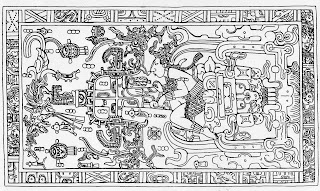 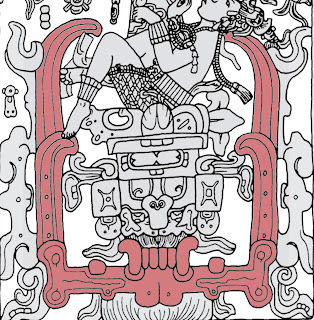 a) As King Pacal is swallowed up by the maw of Xebalba, it is this way that he enters the underworld.

b) The shapes of the pincer like jaws of the serpent about to swallow Pacal are a familiar sight for those who wish to examine the various Mayan artifacts.