In his work for Prometheus, in the Furious Gods documentary, Huante spoke about a sculpture he had done as if it were a starting point for the look of the engineer.

It was of a character that was lopsided, very muscular and blown out, and the photograph that Huante took was very ghostly as well and so Ridley loved the design very much as a starting point.

Huantes early explorations for engineers including tall humanoids with deformed skulls as if this were the result of cranial boarding used to deform the skull in certain ways.

Some of them resembled mummies brought back to like as muscular boney once again living creatures.

In another variation, he also explored the possibilities of facial tattoos of small runes 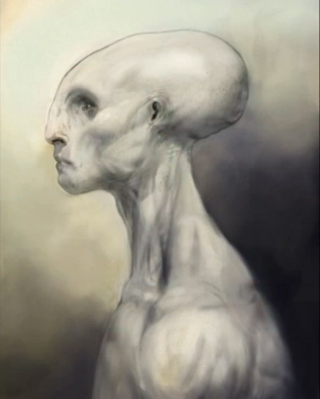 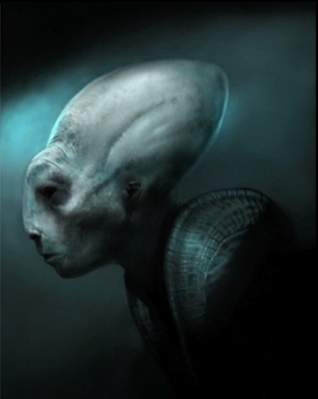 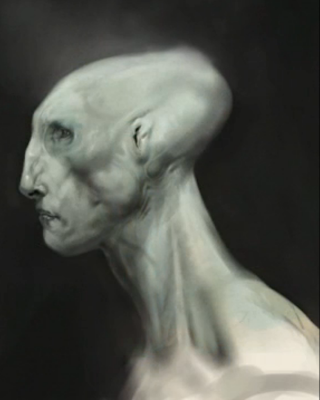 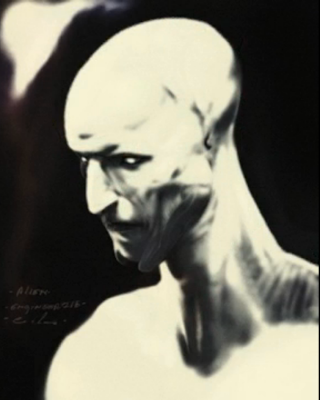 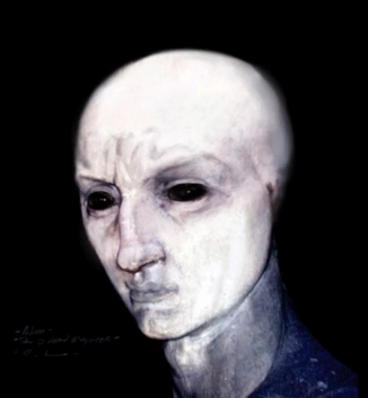 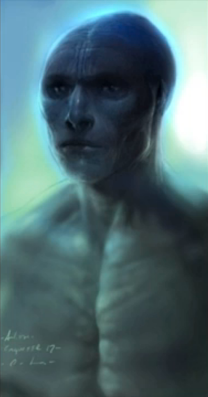 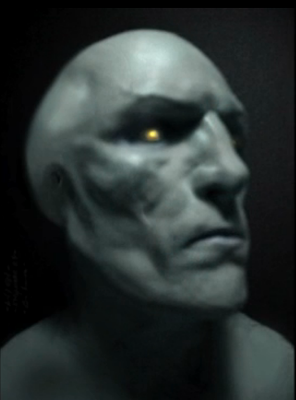 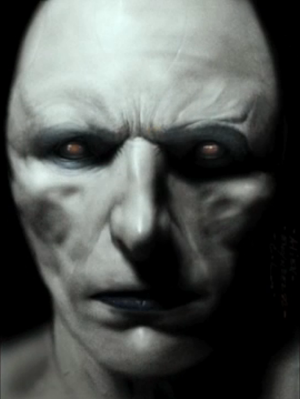 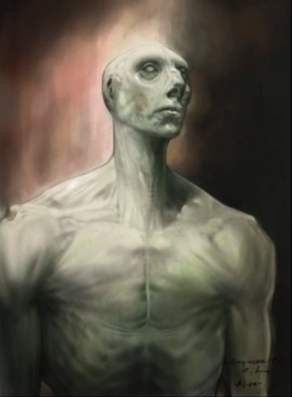 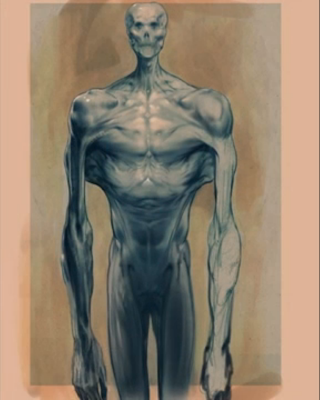 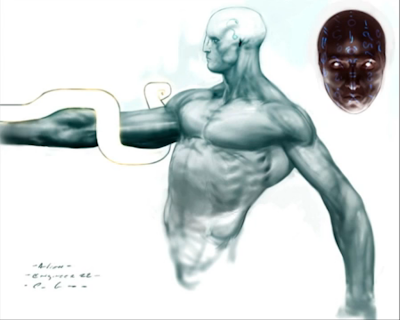