a) In one concept the entity had two pairs of arms, the upper pair connecting to an extra upper torso sprouting up from where the neck to the creature originally might have been before the head was place on the neck of the upper upper torso. 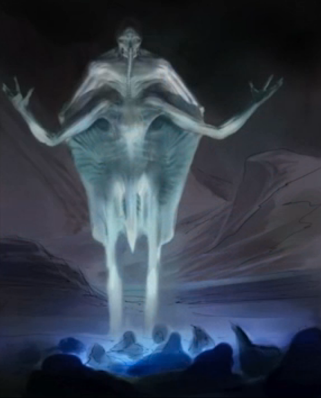 b) The upper arms appeared immobile and fused to the body. This last creature might have been easily compared to one of the alien inhabitants featured in John Carter of Mars. 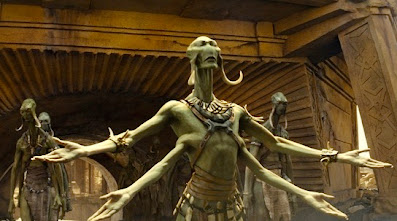