and
HR Giger's ZDF (work 433) (1980) references the Betty Hill
star map via both the "Dogman in Doktor Oktorpus Nonplussed"
(1976) written by Bill Fisher and drawn by Hunt Emerson and
Drax's Space Station for Moonraker via Peter Till's radio times
illustration for The Risk Business? 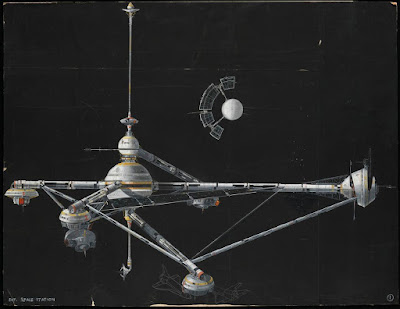 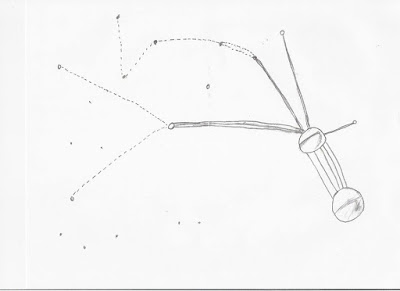 d) Trade routes to other stars leading from the possible Zeta I Reticuli.

The arm to the left of the sphere supposedly leads to Alpha Mensa . and while the upper space station module with an end view of the solar panels sticking out of the side seems to be based upon that.

The upwards trade routes to stars above become the main upwards antenna. . 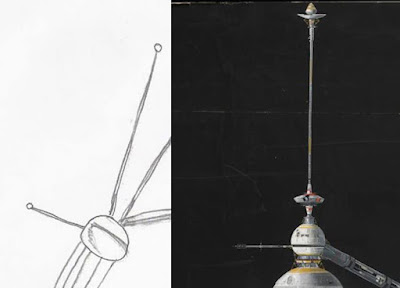 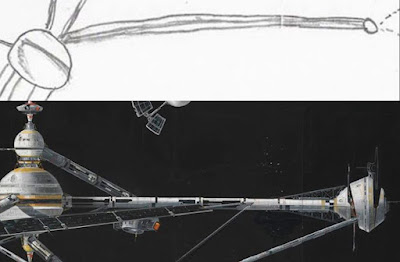