a) References the "Beat Extra" cover of the Radio Times 17th-23rd October 1964?
It's as if guitar that runs through the centre of the Radio Times cover along with the head of the guitarist find their way into the ZDF painting. My belief is that this certain Radio Times cover would be seen as comparable to the Bauhaus exhibition poster for 1923 by Joost Schmidt as seen below, whether the magazine cover referenced the poster in any way or not.

b) References the Bauhaus exhibition poster for 1923 by Joost Schmidt?

b.i) The general line along with Austellung runs becomes the sword like device

b.ii) The A becomes an area where the dividing lines meet at the top 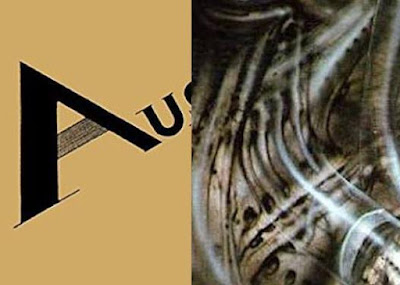 b.iv) The half of a face becomes the skull at the top . 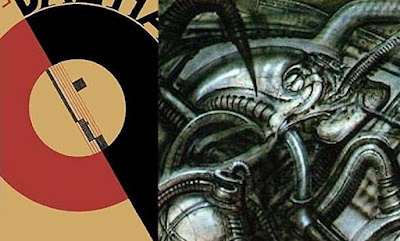 b.v) The curve on the right becomes a limb at the top

b.vi) ) The curve at the bottom perhaps becomes the curve sructure with ZDF written upon it. The presence of the ZDF text might be written inspired by the abundance of text in the poster. 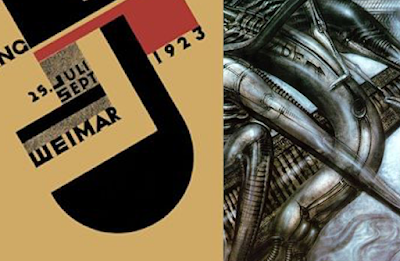 c) The "Beat Extra" cover of the Radio Times 17th-23rd October 1964 references the Bauhaus exhibition poster for 1923 by Joost Schmidt?

The word Austellung becomes the hand of the central guitarist while the black like continuing beyond the word become the neck of the guitar.

The grey L at the end of the Bauhaus word becomes the right arm of the woman who we see the back of.

Perhaps the face becomes the face of the woman in the background, but it would be hard to for there to be a precise where there are various faces in the photo and one single face in the poster design. 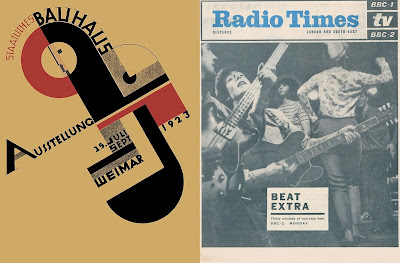