Alien: Development of the Facehugger via The Pink Panther Strikes Again?

leading from
Alien: Development by way of the Pink Panther movies?


a) In the 1976 film The Pink Panther Strikes Again, Chief Inspector Dreyfuss has been recovering in an asylum, and then Inspector Clouseau pays him a visit.

Dreyfuss falls in the lake, and Clouseau does what he can to revive him even giving him a kiss of life, while an elderly woman who thinks that the two men are making love to each other, hits them with her handbag.

This scene in relation to Alien would be the Facehugger scene.

I make the almost unlikely assumption that Dan O'Bannon read the script while he was working on Dune, as part of the film making community who were having a communal obsession about the Pink Panther. 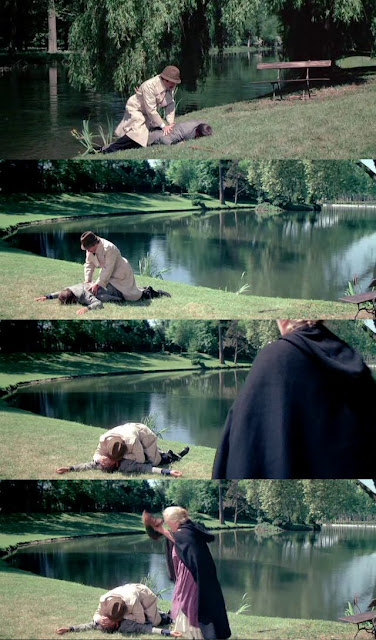 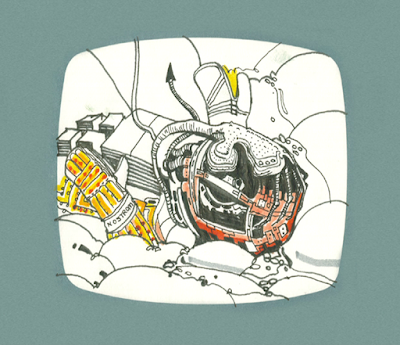