Relativity (1953) by MC Escher echoes the Cerealia Facula in Occator Crater on the Ceres planetoid? 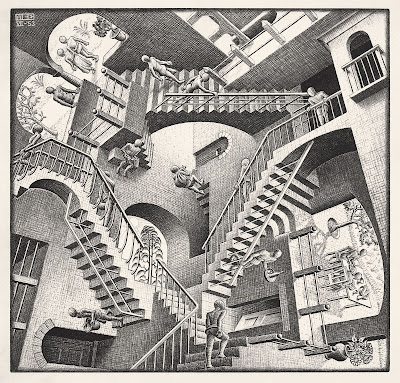 b) Occator Crater from PIA20350, image released on 2016-03-22
As usual apart from Cerealia Facula and Vinalia Faculae, the features have no particular names although the Cerealia Facula mound is known as a tholus and an area to the lower left has been referred to as Pasola Facul. Beyond that, referring to any of the features is difficult .  Either you can make the connections or not. Also I would like to find a better photograph of the area to point out the details as seen here of the place. 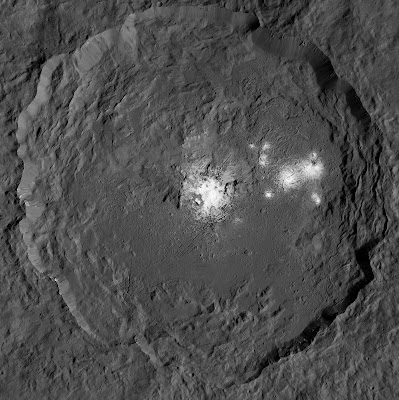 c)  Cerealia Facula reversed next to Relativity . I will eventually redo this with a detailed image of the Cerealia Facula. I apologise but I wondered if Escher had drawn something similar to the Cerealia Facula because the actual place is rather complicated and I could have done with some help from him trying to puzzle it out, but lo and behold, I think he contributed to "the Sacred Palm and Wild Goat" lentoid trail 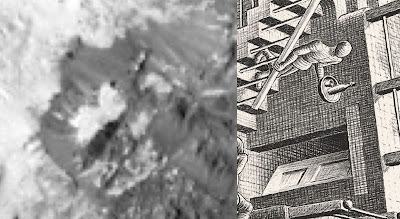 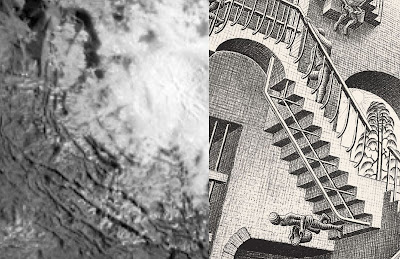 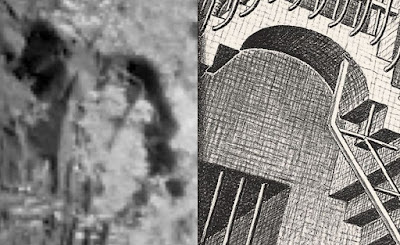 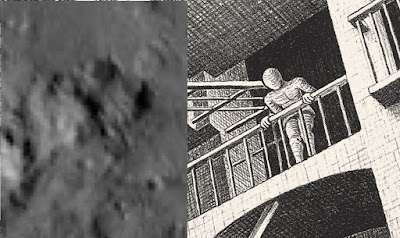 f.ii) Near vertical lines here become the fence and the roof or wall on the right side of the illustration 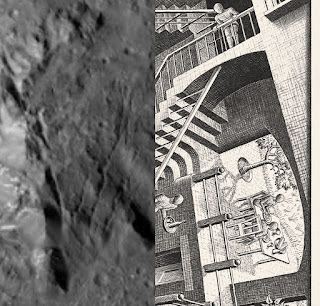 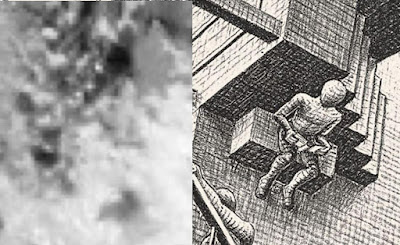 i) A fracture line to be compared the pillar, and at the bottom of the line are a series of line with a near 60 degree angular bend that might become the bannisters on the edge of the sqaure platform

j.i) The centre of the tholus perhaps becomes the tree and the arch over it, but the small dark points above the tholus in the image become the people 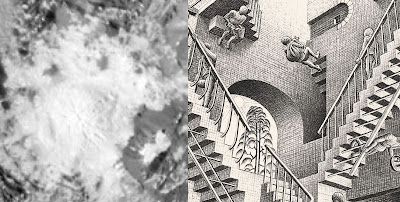 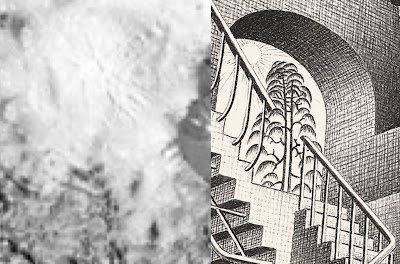