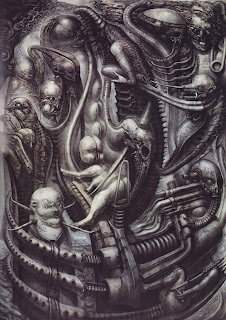 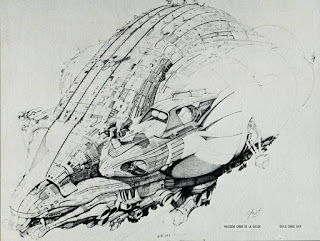 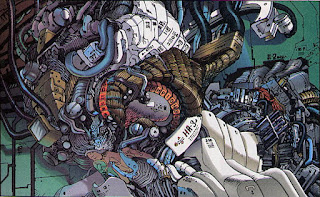 k) Sylvain's response
k. i.) Sylvain Despretz's response No.1 : "It's a bit far fetched, but I understand how people who don't work in an art department can look for connections retroactively by looking at a small selection of published work. The one thing I can say is that Jacques Rey was working not far from me on Superman, and no, the Mondoshawan was not a point of departure for this image. I was actually thinking of the barnacles on the hull of a ship when I did this; more like protuberances made of an organic parasite that would have grown on the belly of the skull ship. You have to keep in mind that none of these designs are arrived at spontaneously, but rather, are part of a continuum of evolving images done over several weeks and feeding into one another, often subjected to commentary by either the director or the production designer. Advice like "make this larger", "have spikes at the top", etc. It is often impossible for us to even recall how many drawings it took to get to the one which was picked. I don't think Jacques Rey knew anything about the Egyptian Book of the Dead in 1992, by the way. If he had, he and I would probably have gotten along better.

k.ii)  Sylvain Despretz's response No.2 : I am sure that you draw fascinating parallels between images, much like a psychiatrist looks for patterns, and I am sure that some of it makes for interesting hyperbole. But I have to say that it's easy to conclude you're not an artist yourself because if you were, you'd immediately understand that this "left-brain" approach to analyzing correspondences in relatively unrelated works doesn't resemble the way artists themselves usually approach their process of creation unless they are actively plagiarizing or paying homage. Of course, there are instances of unconscious "lifting" that also occur and must be taken into account, but for creative people, these musings are often a bit convoluted and labyrinthine: it's easy to wind up nowhere fast and be stuck, when we could instead do more creating. 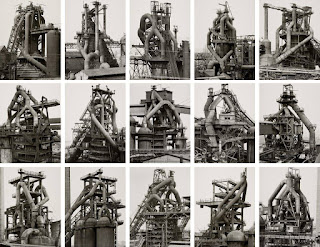