leading from
Alien vs Predator

a) See: On the road to writing the the Alien Vs Predator script 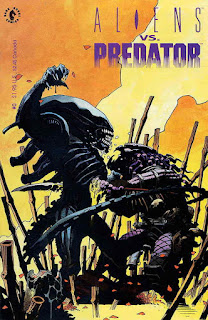 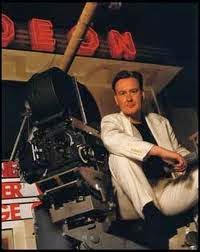 f) Loss of the Amstrad disk with the original AVP script
The first version that he wrote as a writing sample would later leak out. In 1992 he swapped his Amstrad computer for an Apple Mac and ended up loosing his Amstrad disk.

Someone had transcribed his script and pirated on the internet years later and he was able to cut and paste this into Final draft and once more have an electronic copy again.

At the time Peter didn't expect it to be taken so serious but he wrote it quickly. 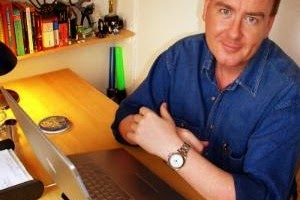 g) Anderson's view of Briggs' script
Paul Anderson had commented that when he read Peter Briggs' script, he thought that it was like a comic book, but Peter acknowledged that he had used a few elements from the Randy Stradley comic material, such as the captive queen, the hover bikes, and the main female character that he created as a jumping off point.
h) Reports of other scripts
Paul Anderson claimed that he had been many script drafts at the studio before he came on board but as far as Peter Briggs remembered, there was his draft and there was the James DeMonaco and Kevin Fox draft and that was all the material that was presented at the WGA arbitration.

Afterwards DeMonaco would go on to work on to adapt the Driver computer game for Paul Anderson.

i) Takayuki Takeya's Alien Pile
Peter had always been impressed by Giger's original version of the alien beast which was for him the most realistic looking of the beasts to date.

However he marveled at the hyper-elongated head of the Takayuki Takeya Japanese model kit of the Alien and this was the look that he would have wanted for his creatures if he had directed this thing.

This was an extreme to which Peter would have gone.