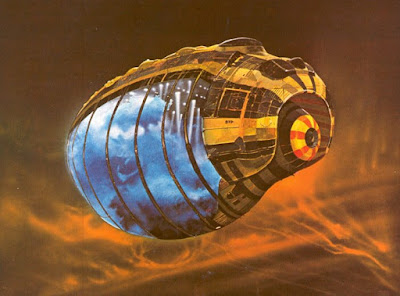 Here it appears that the spice container was based on the inflatable sea animal tou, with the eye becoming the front eye like form of the ship on the right, while the window in the background became the window on the belly of the ship.

Perhaps elements of the Inspector character's coat become the streaks slanting across from the lower right of the painting. 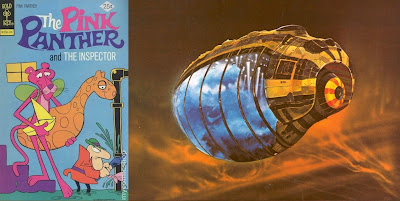 Here it would appear as if the Frazetta's painting had been turned upside down, so that the bottom of the cape would become the top of the ship and so the shield the distance becomes the eye like nozzle on the front of the craft on the right

Something I also thought about was that both the Frazetta painting and the Pink Panther cover both appear to reference Salvador Dali's "Daddy Longlegs of the evening hope"  and so the Spice Container painting one way or another might be seen to form a part of the lineage of paintings stemming from that particular work, while that Dali work might be a part of this "Treasures of  Satan" trail that I imagine exists. 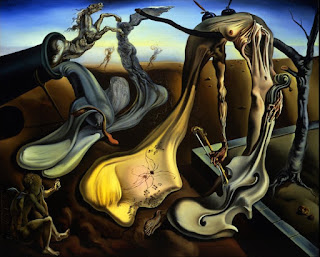