Alien: Development of the pyramid birth temple via The Return of the Pink Panther?

leading from
Alien: Development by way of the Pink Panther movies?
and
Alien : Jewel associations
a) Playing around with the idea of the jewel in the 1975 film The Return of the Pink Panther  being the root of the alien obsession for Dan O'Bannon's own purposes of conjuring a scenario obsession as in Adventures of Tintin : the Black Island (1938) by Hergé (which I will cover later)

The museum where the Pink Panther is on display becomes the birth temple, just as the character who becomes Kane comes through an oCtaganol hole in the ceiling the thief comes through the hole like skylight to steal the jewel.

b) Two frames showing the skylight in the museum 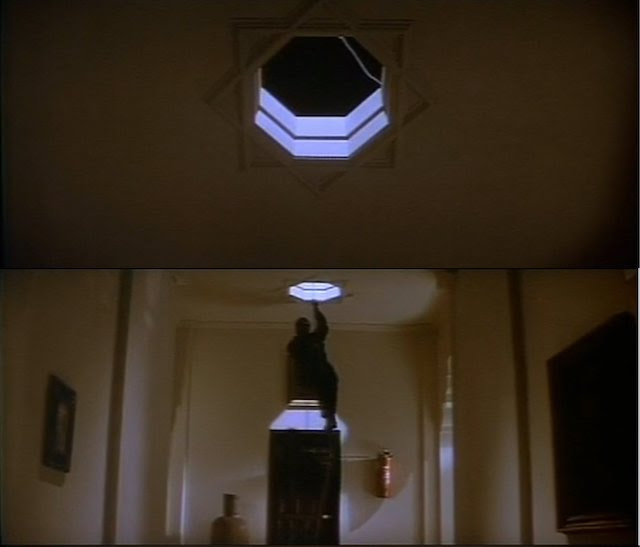 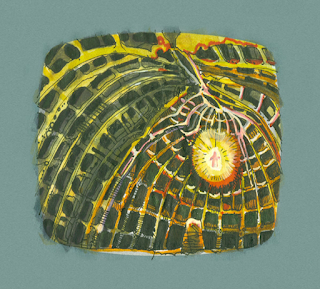 e) The thief here is using spray to look for laser beams that when broken would trigger off the safety shutters and alert the security. Perhaps the idea of this would lead to the ideas of the alien egg like spores in Alien dormant in the tomb are for centuries being triggered into life by the men's presence, and so it seems as if the idea of the lasers crossed over in the final film. 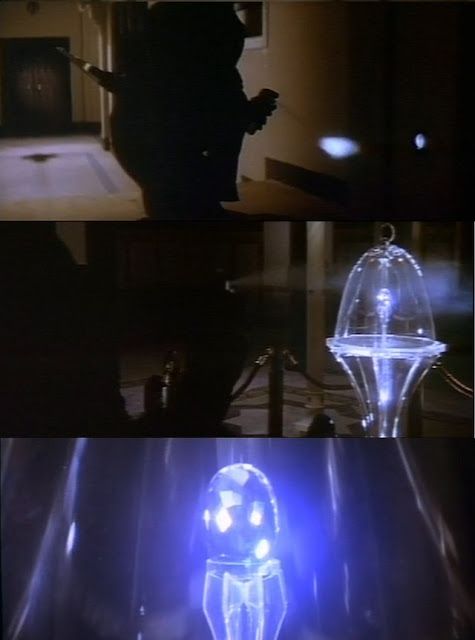 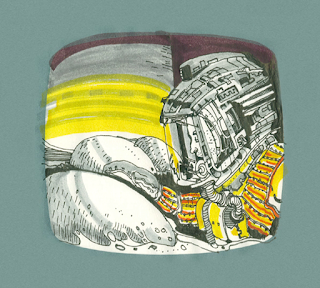 g) Ridleygram of the facehugger inside the case of the spore 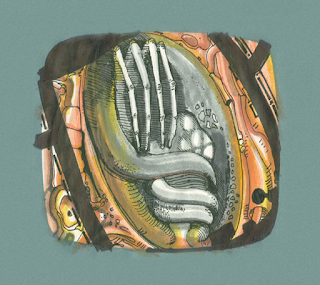 h) So it would be as if this display room in the museum would become what was perceived as the birth temple in Dan's early script for Alien, and remember that the chamber would come from ideas coming from several different directions.

i)  The objective of the scene was simply to get to the display case, raise the dome without setting off the alarms and get the jewel. It looks to me as if the obsession and neurosis about jewels in "The Adventures of Tintin and the Castafiore Emerald." (as I will soon reveal) and the Pink Panther movies became something that led the story along, even though there were no actual jewels being found in Alien. 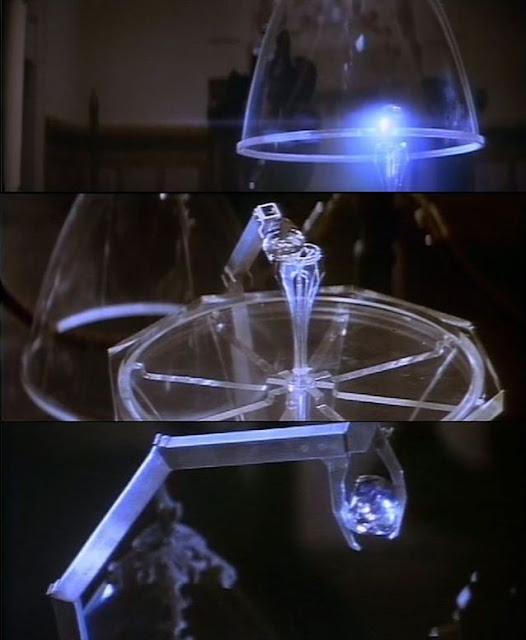 j) This is the Ridleygram for the Facehugger leaping out of the the egg with no similarity, but it's just the storyboard for that moment in the film 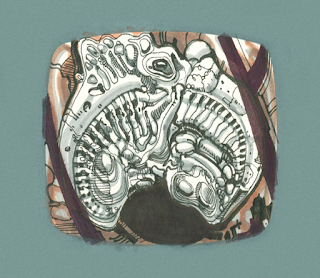