The Fifth Element: The design of the Mondoshawan

leading from
The Fifth Element

Mondoshawan/Sheridan suit concept the Fifth Element released in 1997 (actually year the drawing was done was between 1992 and 1996) by Jacques Rey (source of image: "The Story of the Fifth Element" book) 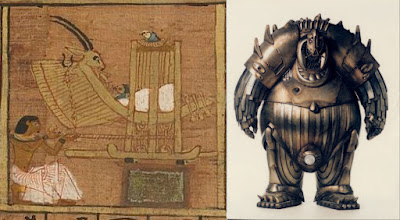 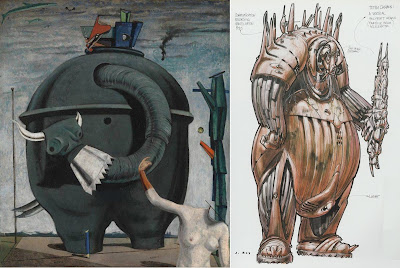 e) Obelix from The Adventures of Asterix

Beyond that, we might look at the  character Obelix from the Asterix comic book stories as loose inspiration for the physique of this character in the illustration and the vertical stripes on the trousers. It's as if his belt buckle has been transformed into the groin light. 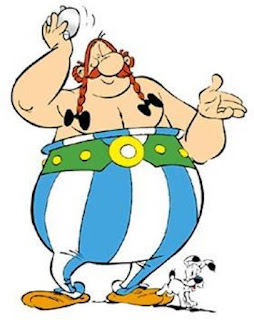 We could look at these and think about the vertical ridges on the belly of the Mondoshawan being similar to vertical ridges along the wing covers, and below what I hope is a real dung beetle 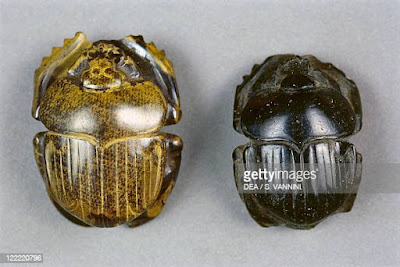 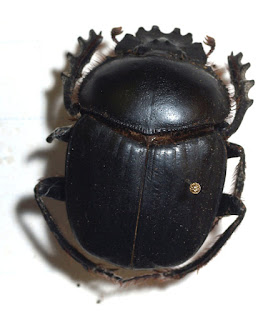 g) Evolved from other Mondoshawan designs?

A variety of concepts by various artists during the development of the Mondoshawan suit for The Fifth Element featured humanoids wearing space suits and smaller non-human creatures perhaps sitting inside their suits but with their heads poking out where you couldn't quite work out what the rest of their body really looked like inside. Three examples are featured in the image below, two of which are the non-human variety. 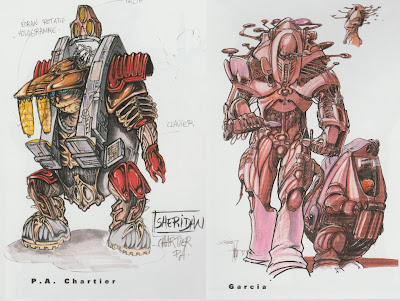 The character, because of his various antennae popping out of his rounded shoulders, reminds me of the spiked VW beetle from a curious film called "The Cars That Ate Paris" made by Peter Weir, released in 1974. 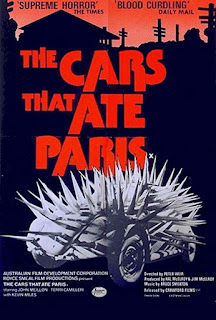 Another thought about this might be that is echoes the Space Jockey as if the back of the seat is part of his body and built up around that idea, with the curve of the arms reflecting the rounded bulk of the back of the Space Jockey's seat, but the style of this Mondoshawan's suit is thankfully quite far removed otherwise. I'm thankful because it's nice to have an interesting scifi alien character that doesn't necessarily look like a Giger knock-off. 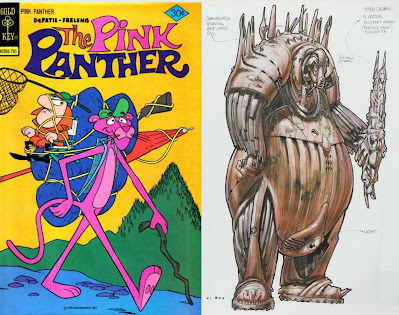 k) References Looking-glass-world Armies for Lewis Carroll's "Alice Through The Looking Glass" (published 1871) by John Tenniel (which I think is referenced in the cover of The Pink Panther #40)? 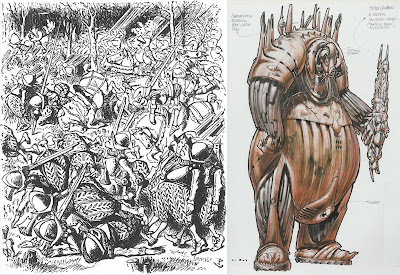 Later, in the year of Fifth Elements release in 1997, Sylvain Despretz would create an enigmatic concept design for the skull ship for the unmade Superman Lives that appeared to reference the Mondoshawan amongst other things, Exactly why this should happen to be seems slightly unknown or perhaps too obvious for anyone to realise. ( See: Referenced in Sylvain Despretz' Skullship concept art for the unmade Superman Lives) 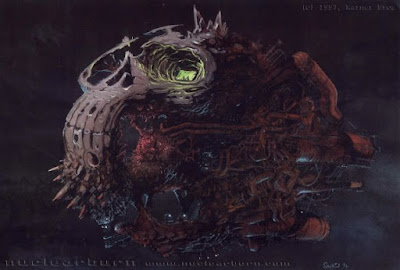